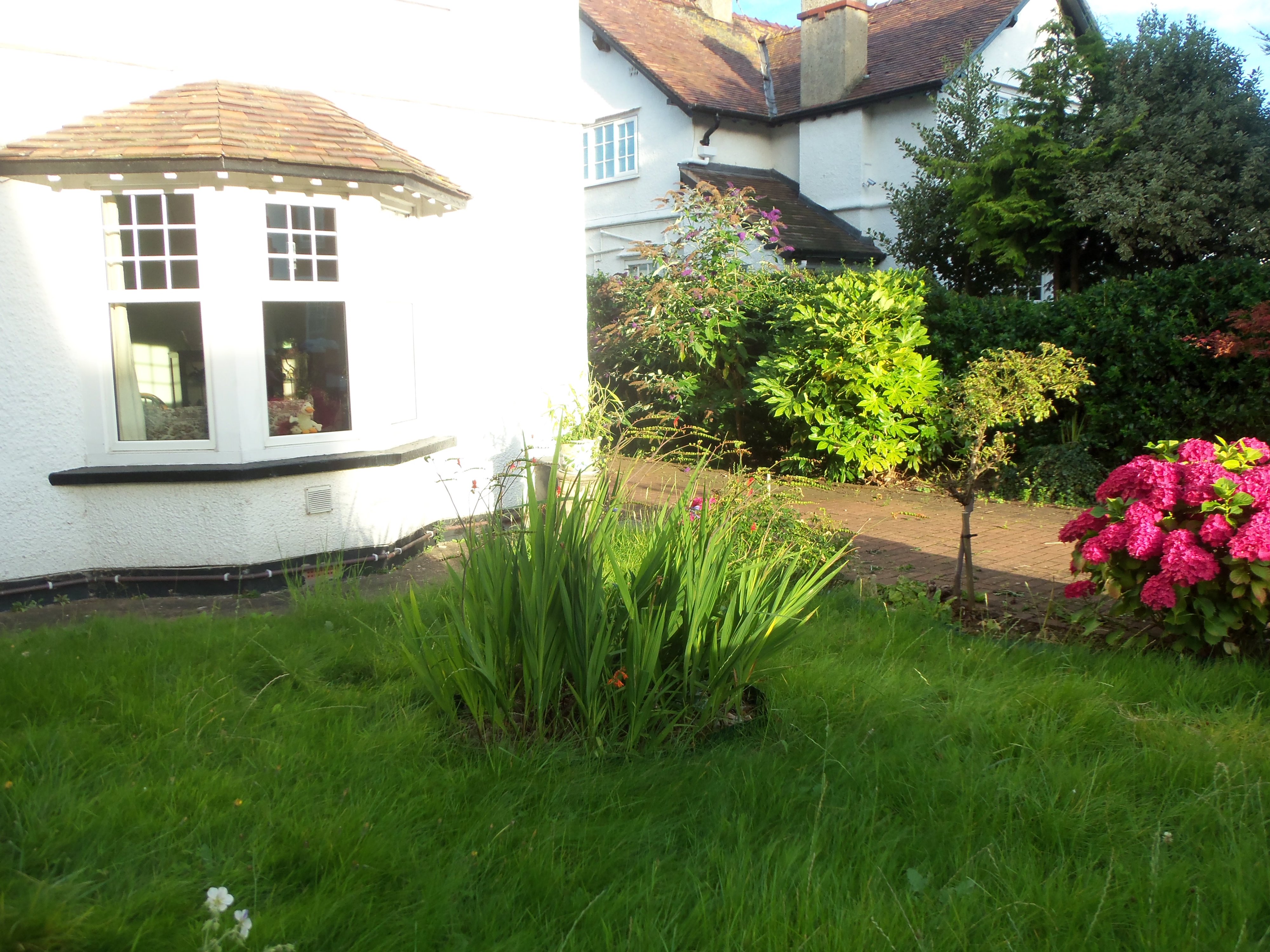 Three years ago I cut a hole in the middle of the grass and planted a clump of agapanthus which came from elsewhere in the garden.  It thrived and flowered, then I enlarged the bed and surrounded the agapanthus with crocosmia.  Until this year, they seemed happy together, and the agapanthus grew a little taller than the crocosmia.  This year, the crocosmia gave a terrific display, but the agapanthus seems overwhelmed, its leaves have reached two-thirds of the usual length, and it has two small flower heads instead of the usual 15-20 big ones.  It's positively cringing!  If you big up the top picture you can just about see it.

If I dig out half the crocosmias, is the agapanthus likely to re-assert itself?  Or would I do better to re-locate the agapanthus?  They are in front of the house which faces west.