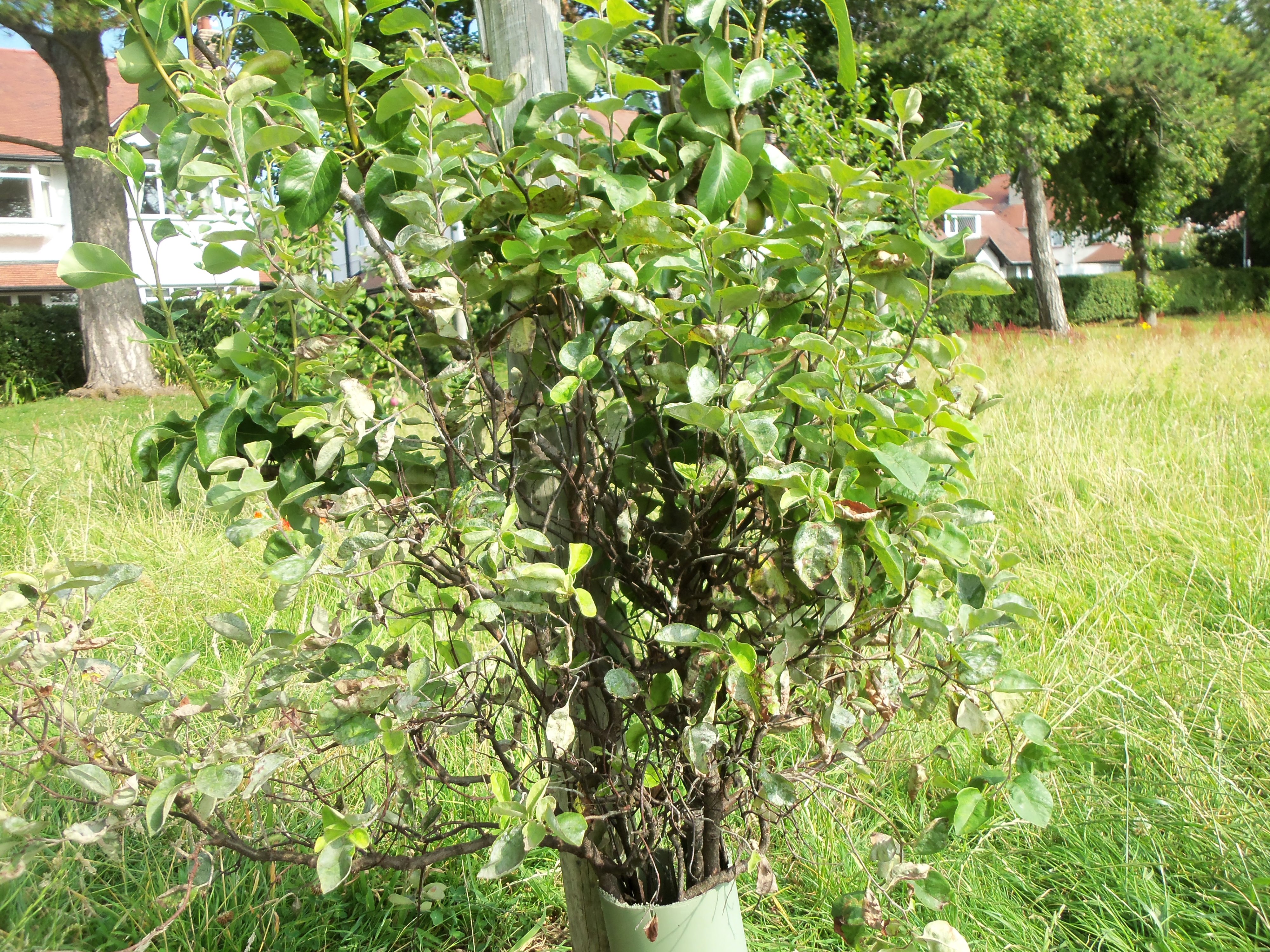 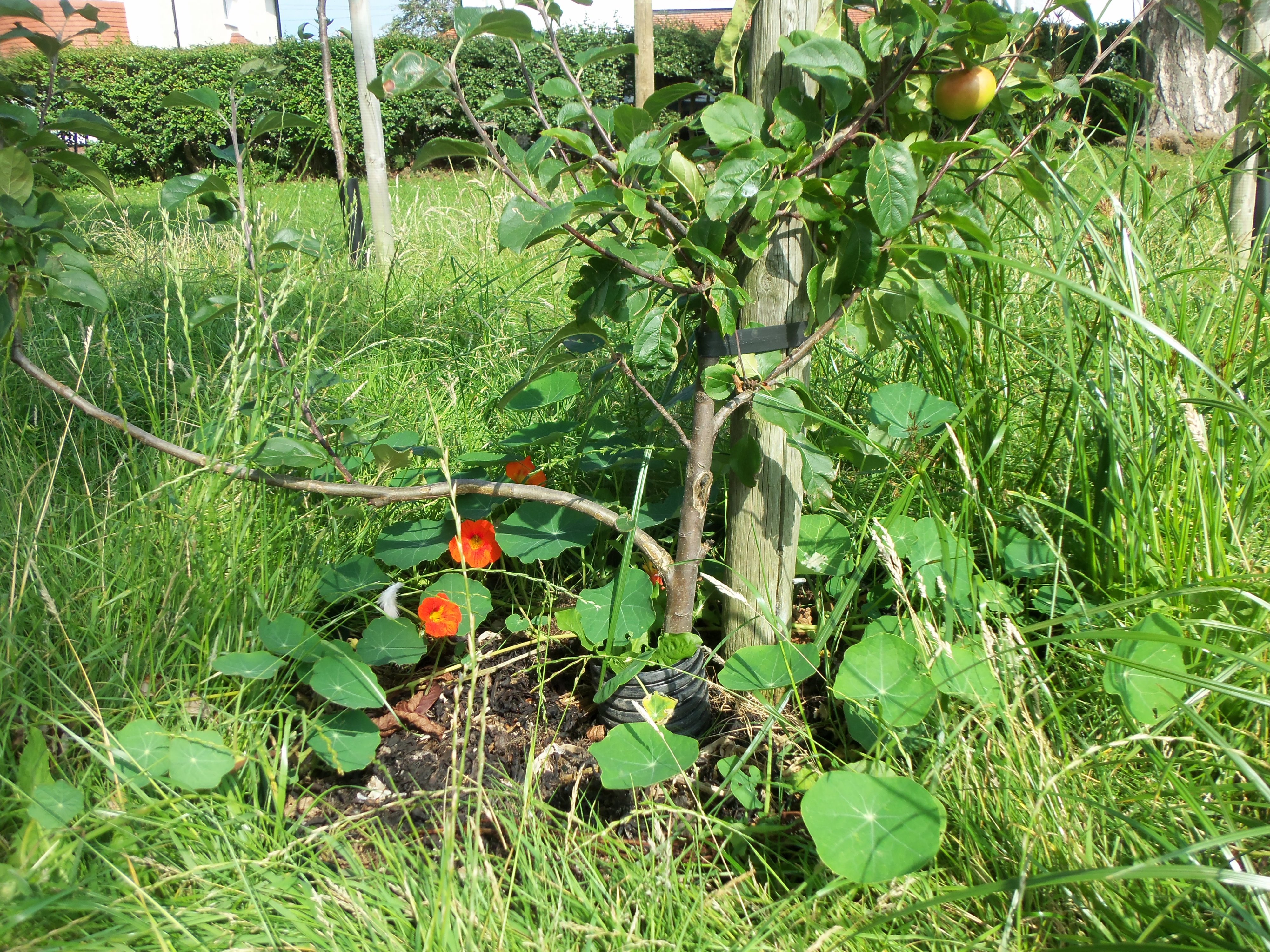 I'm one of a team of volunteers who look after a little park in our neighbourhood.  Two or three years ago, we planted an assortment of fruit trees, and two of them have had their tops broken off.  They have responded in different ways.  First, the apple (second picture):  this has grown several long whippy branches with leaves at the end; would it be best to shorten them, and if so, by how much?  That longest, lowest branch is about three feet long.   The pear (first picture) has done just the opposite, it has grown a dense mass of small twigs, some of which are brown and leafless, so I suspect dead.  Should we remove these and leave it at that, or should we also thin out the healthy branches and aim for a goblet shape?  And when is the best time?  They both have small fruit at present.  Do they still need the plastic guards round them, which they were supplied with?  I believe they're meant to keep rabbits from chewing the bark, and there are no rabbits in the park.