Is the yellow one also an aster?

We have a yellow daisy plant that lives in a shallow gravelly area. I boldly divided it in autumn 2015 and put the resulting plants around the garden, leaving the original one in situ.

Now they are in half decent soil, the offspring are growing taller than the parent, which is kind of nice, though they need staking now.

Having failed to ID the plant, I moved a badly placed aster earlier this year and as it has grown I can see it looks just like the yellow daisy, except it will be pink when it flowers later this year (assuming it does of course!)

So, that's really a long-winded way of asking if the yellow plant is an aster. Google images has similar but not the same.

Look closely at the pic and you will see there are two plants, just the front one has no flowers but I know it is an aster 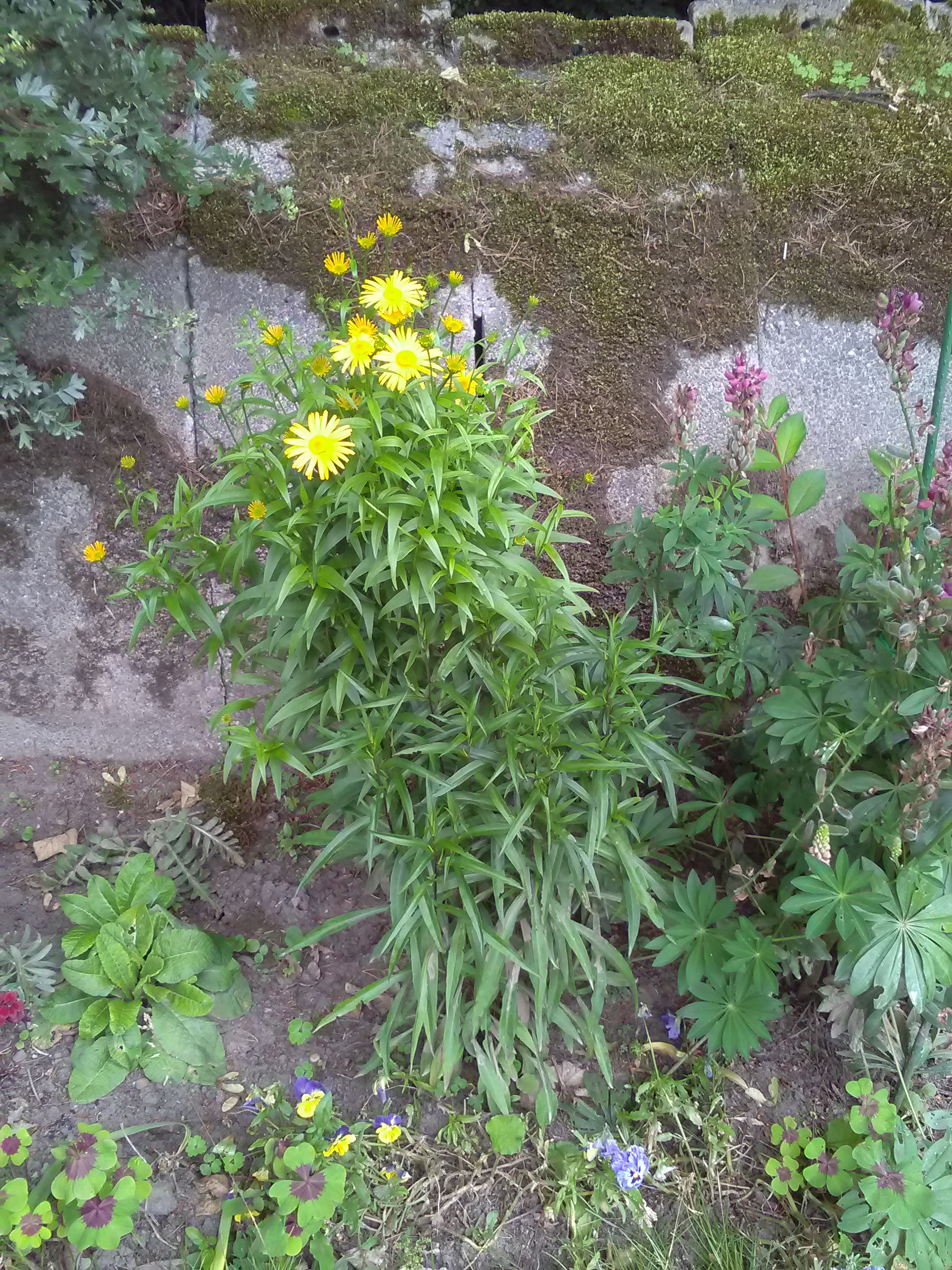