Does anyone know what this plant is?  It's a bit like bindweed - having heart-shaped leaves - but not with a red stem, and has an opposite leaf arrangement (rather than alternate). The roots are shallow, and it can be easily removed.  We haven't seen any flowers, although we've only been in our new house since March.

It's absolutely smothered one of the shrubs in our front garden!

Thanks in advance for any advice. 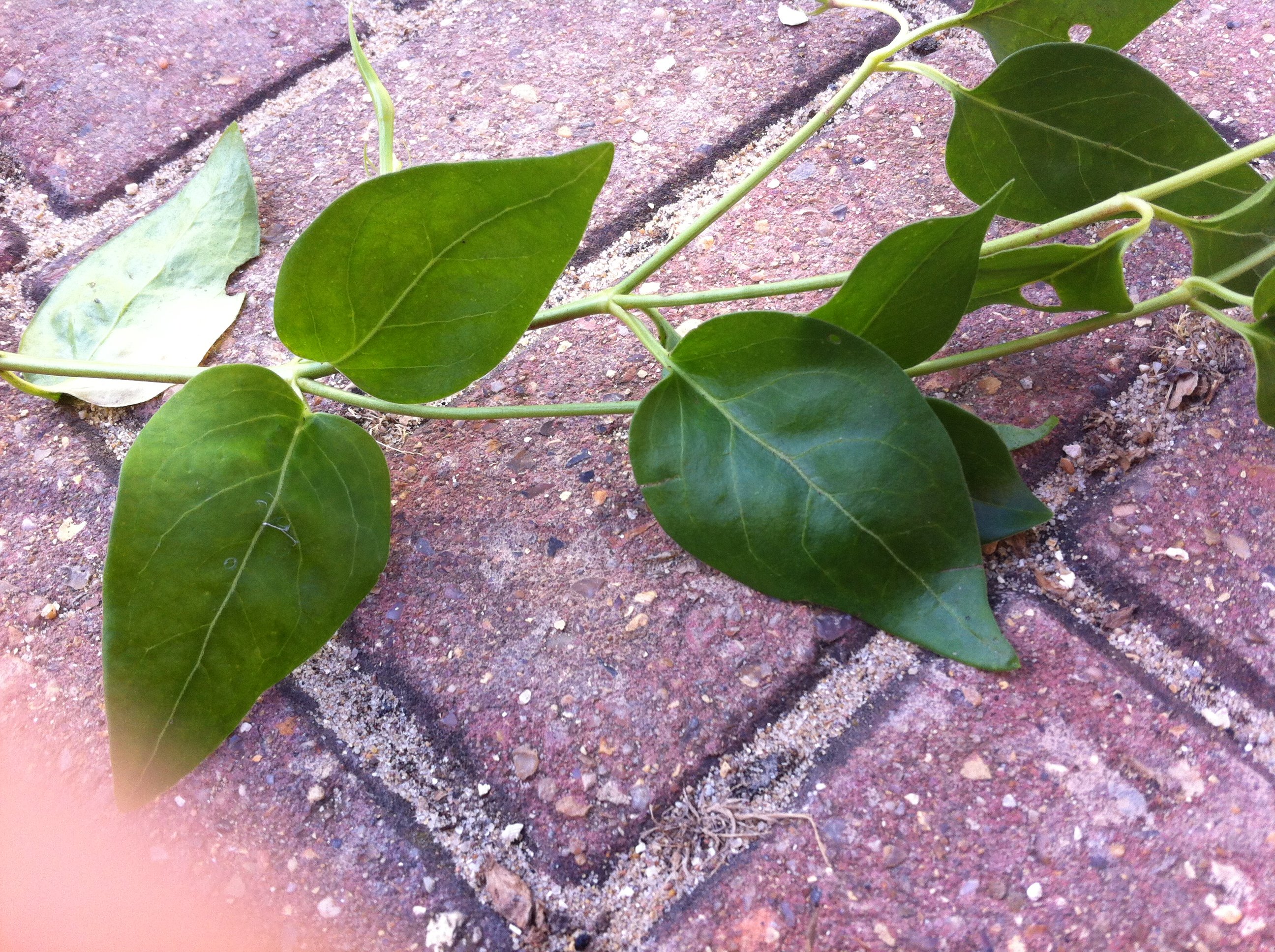