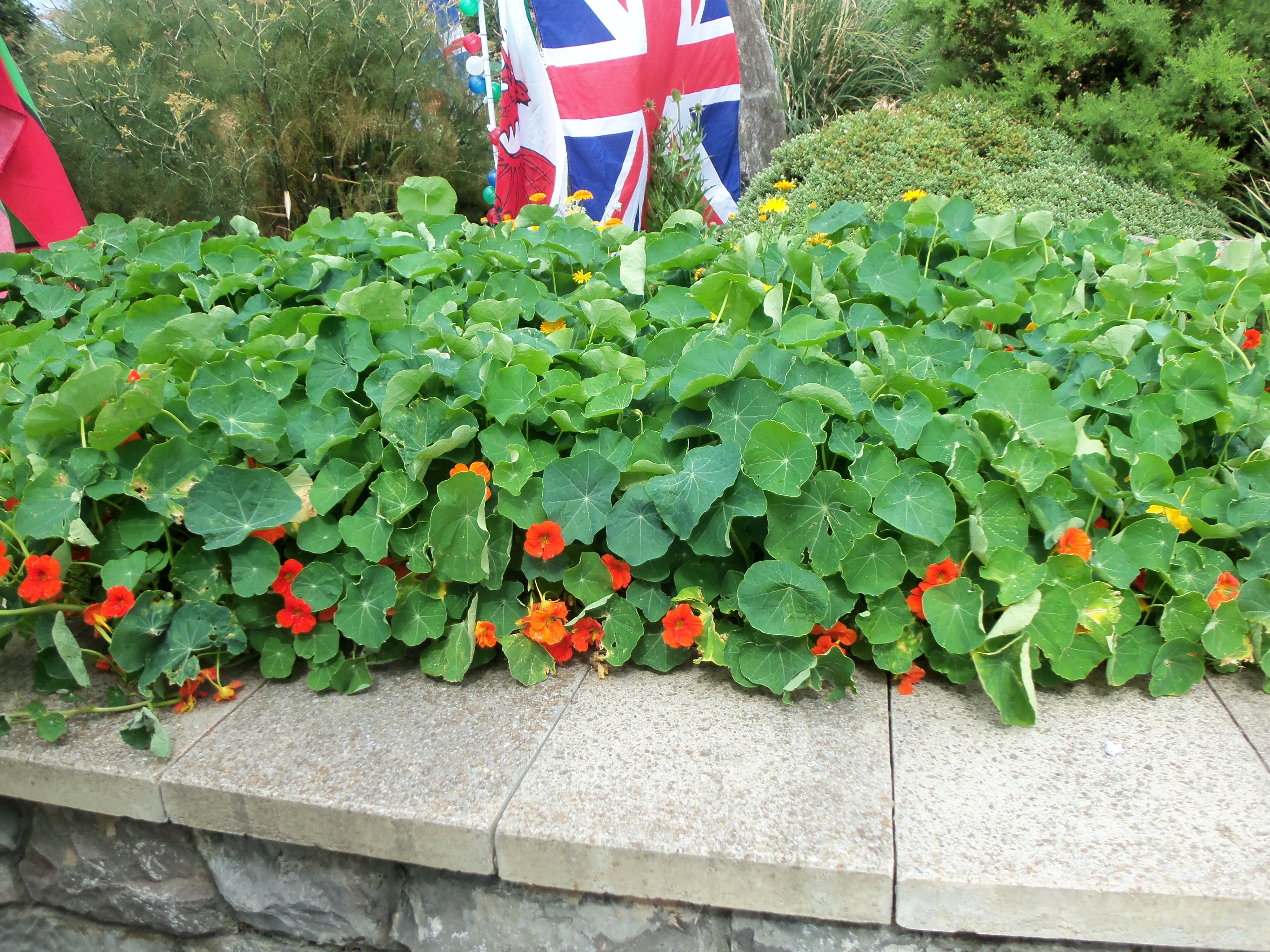 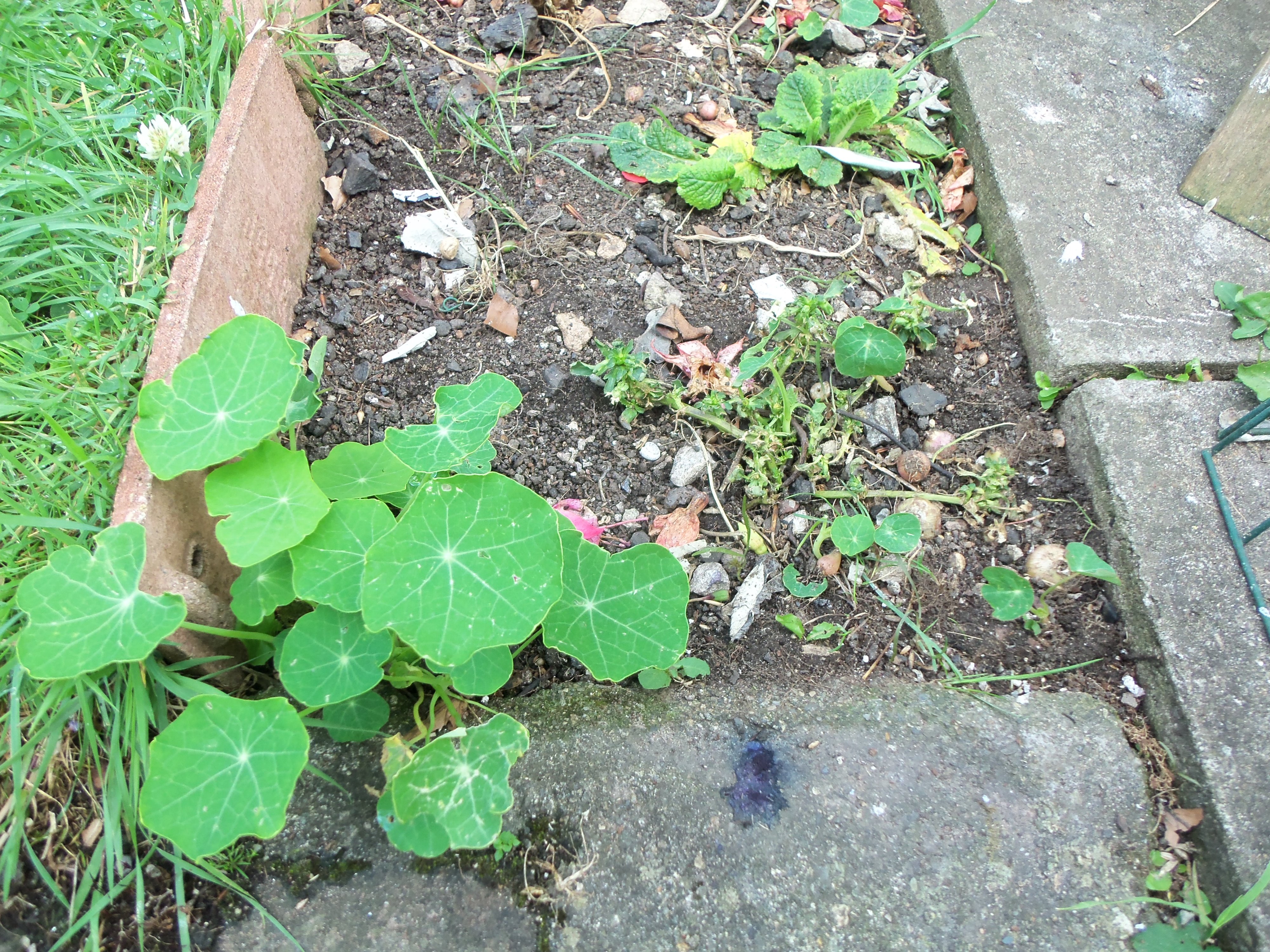 First picture is in the park.  Second, my garden.  Both photos taken today.  I'm one of a group of volunteer gardeners that looks after a small park in our neighbourhood.  Two years ago we sowed nasturtiums in a large raised bed, and they came back exuberantly last year and this.  I sowed some in this narrow border at home which I'd cut from the edge of the lawn.  Nothing happened, so last year I transplanted some of the supernumerary seedlings from the park.  They were slow to get growing, but did eventually grow and flower,  weeks after the park ones.  They dropped plenty of seeds, which I left to their own devices, as this works so well at the park.  And they're pathetic.  Same plants, same weather, about 300 yards apart.  Is my soil impoverished by its history of growing grass?  The bed at the park gets mulched with bark or woodchip every year, would that help?