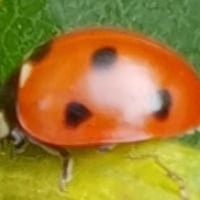 Having a little difficulty uploading picture. Bear with me folks.

Cacoethes: An irresistible urge to do something inadvisable
0
«12»